How Toni Jacaruso Created The Management Team Of Her Dreams

Like a lot of entrepreneurs, Toni Jacaruso’s management team came together in a haphazard way – by collecting great people who are smart, willing, enthusiastic, and loyal. Frankly, three quarters of the battle in putting together a good team for a new company is simply their willingness to show up and work hard, which is why a young company’s management team often lacks rhyme or reason. But once your business takes off and is ready to scale, you need a management team that’s up for the challenges ahead. When Toni, the founder of Jacaruso Enterprises, realized that the management team that got her company where it was wasn’t going to get it where she wanted it to go, this 25 year veteran of the hospitality industry jumped into action.

Solving a Glaring Problem In The Hotel Space

Jacaruso Enterprises is based in Austin, TX – where the town’s unofficial slogan is “Keep Austin Weird” – and was launched in 2007. The company did $8 million in revenue in 2017 by providing sales support to hotels and hotel chains typically in the mid-tier category, primarily by handling group reservations and negotiating rates locally for hotels across the country. Jacaruso Enterprises also provides lead generation, precision customer relationship management, and sales training for their clients. Jacaruso has been very successful very quickly because it filled a surprising gap in the hospitality industry.

Many of the hotel chains that you and I stay at are actually franchises, owned by smaller companies or even individuals. Staffing can vary greatly from one hotel to the next, and one particular role seems to be neglected the most.

“What we found out in doing research,” Toni explained, “is over 50% of branded hotels do not have salespeople on site.” So when someone calls a specific hotel asking for sales, that call often gets shunted to a manager’s voicemail. The problem is that, in handling the day-to-day operations, hotel managers simply don’t have the time to make any sales efforts, or proactively chase down leads. Also, great managers don’t always make great salespeople. Toni’s very unique business stops these ideal customers from disappearing down the black hole of voicemail by putting in place a dedicated salesperson who then utilizes Jacaruso Enterprises’ strong, collaborative network to negotiate rates, book group reservations, close deals, and solicit even more business, all at an average of 30% savings over the cost of hiring an on-site salesperson. “There is a tremendous amount of just unanswered business. By picking up the phone, we make an impact.” 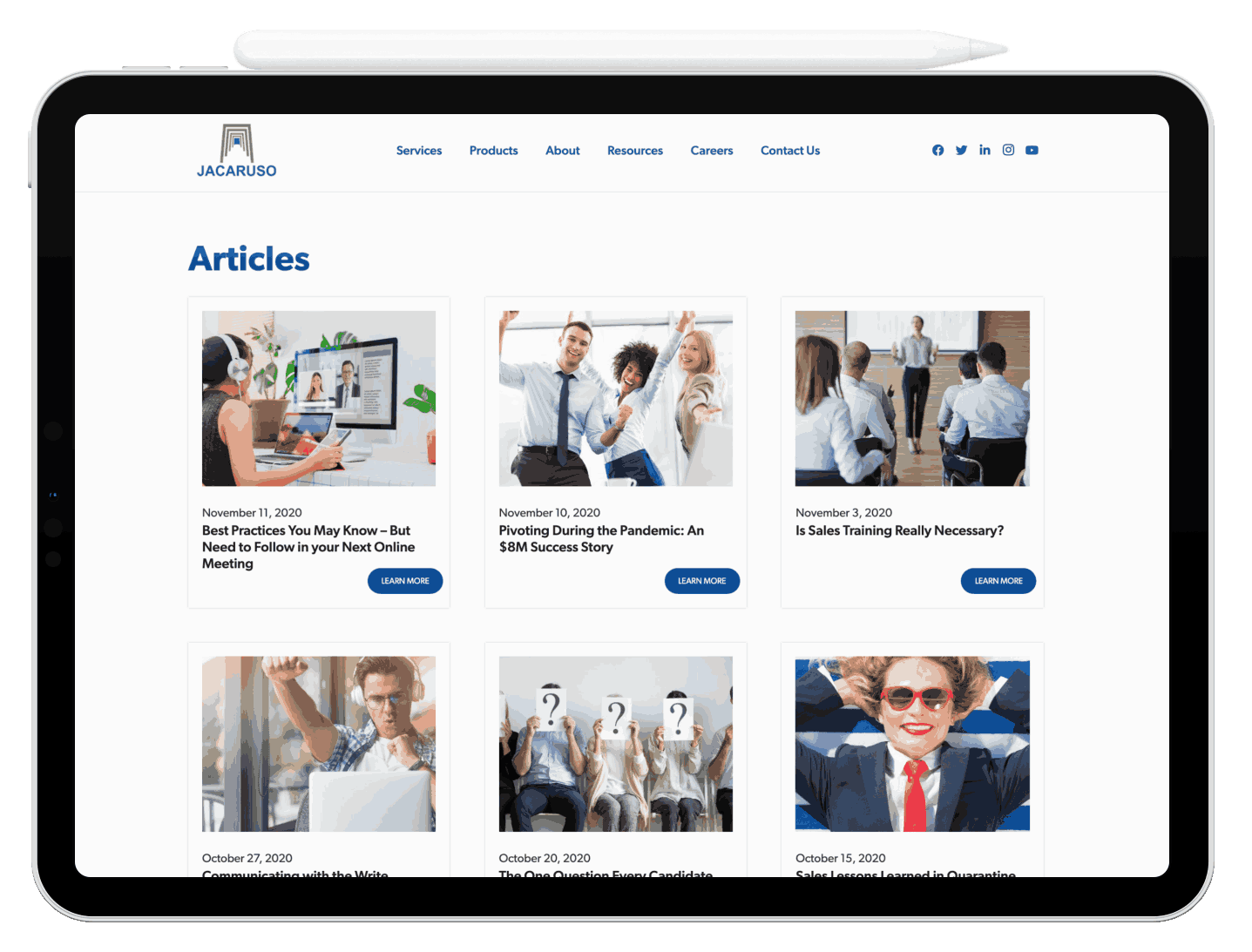 Subscribe to get the latest delivered – right to your inbox.

Subscribe to get the latest delivered right to your inbox.